“Pastorale”
for Violin and Harp
by Germaine Tailleferre

Gymnopedie and Genossienne
​for Viola and Harp
by Erik Satie

Trio Sonata Op. 2 No. 8
by Jean-Marie LeClair
Performed by: 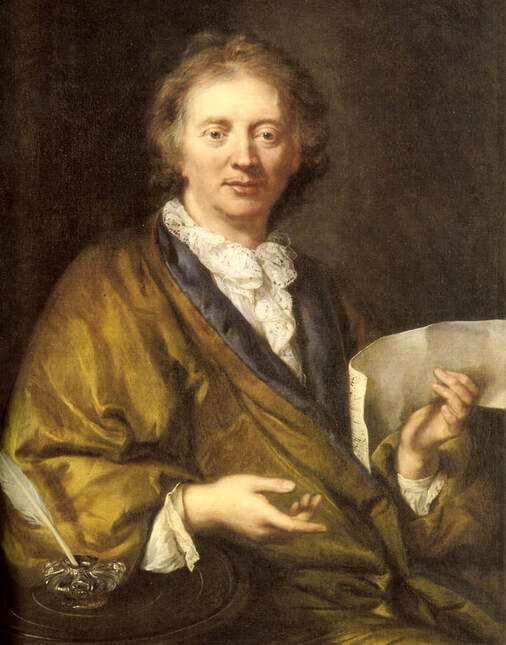 François Couperin
​​(1668-1733)
François Couperin was a French composer of the Baroque era.  He was also accomplished at organ and harpsichord, and is especially known for his keyboard compositions.  Couperin was born to a musical family and received training from a young age.  He was allowed to develop his personal style and publish independently of his royal employer Louis XIV for 20 years, which was a rare exception.  Partly due to this freedom he was able to express music in a poetic context and eventually influenced composers after him to do the same.  Johannes Brahms, Richard Strauss, and Thomas Adés cite his influence and have been inspired to create based on Mr. Couperin’s works.

“Les Barricades Mystérieuses” is a piece originally for solo harpsichord but has been arranged for every kind of solo instrument or grouping of instruments one can dream up. It has captured people's imaginations since 1717 when François Couperin composed it.  Even Thomas Adés’ arrangement — for double bass, bass clarinet, clarinet, viola, and cello made it into the soundtrack for Terrence Malick’s recent film The Tree of Life.  It has a looping and timeless quality to it and becomes an instant earworm.  If you are given to obsession or rabbit-holing be ready to give up and just play it on repeat! 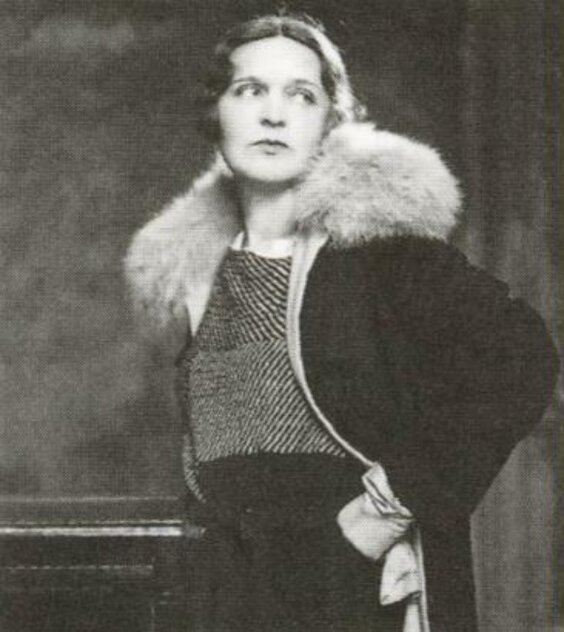 Germain Tailleferre
​(1892-1983)
Germaine Tailleferre was a French composer with an illustrious and long career.  She was a member of the famed French composer group Les Six, and prior to that was a member of Nouveaux Jeunes with Erik Satie, who is also featured on this program.  Ms. Tailleferre composed works for orchestra, chorus, ballet, and opera, in addition to concertos and chamber works for small ensemble.  She continued actively composing until just a few weeks before her death at the age of 91.
​
Pastorale is from 1942, written against the backdrop of WWII when composer Germaine Tailleferre had temporarily fled to Spain, then Portugal, and eventually Phildelphia, PA.  Its gentle rolling quality and singing characteristic is soothing and in stark contrast to current events of the time. 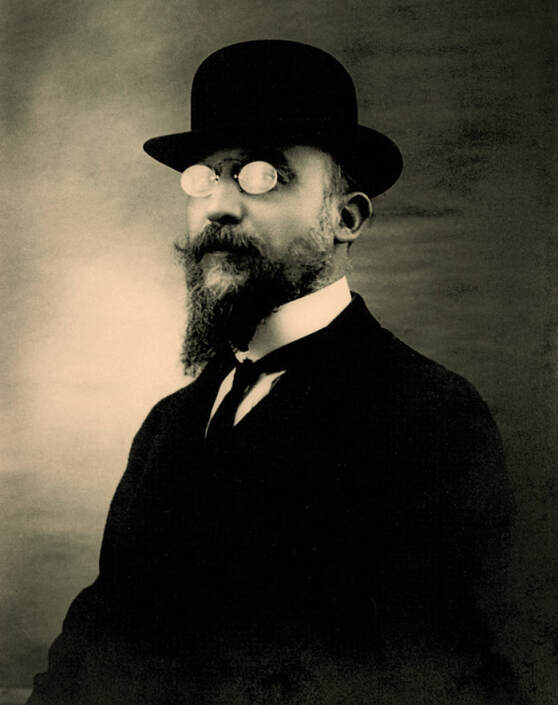 Erik Satie
​(1866-1925)
Erik Satie was a French composer and pianist, and was most influential in the late 19th and early 20th century avant-garde work coming out of Paris.  He sowed the seeds for future styles of minimalism, and ambient music.  Mr. Satie cultivated an eccentric personality and contributed heavily to the Dadaist movement.  For a time, he referred to himself as a “phonometrician” (someone who measures sounds), in response to being called a “clumsy but subtle technician” by a critic.  Even though he clearly had a sense of humor, Mr. Satie was very serious about composition and stewardship of French music.  He created the composer group Nouveaux Jeunes, which included Germaine Tailleferre, who is also featured on this program, and contributed a large quantity of writing for multiple publications.  One possibly humanizing, and definitely odd, detail to note about Erik Satie is the state of the apartment in which he lived for his last 27 years.  No one had visited him there, so it came as a surprise to his friends to discover the following after his death: many unsorted papers and miscellaneous items, a large number of umbrellas, two grand pianos placed one on top of the other, the upper instrument used as storage for letters and parcels, and compositions that were thought to have been lost or were totally unknown but were found behind the piano, in the pockets of his velvet suits, and in other odd places.  For those of you reading this who have a compulsion toward organization and neatness, apologies!  For the rest of us… maybe a cautionary tale in the notion of spring cleaning.  😀
​
The Gymnopedie and Gnossienne we are presenting are two separate short pieces by Erik Satie originally for solo piano.  This arrangement for viola and harp allows us to playfully enter into Mr. Satie’s world and add layers of timbral coloration to his already beautiful and slightly creepy blueprint. 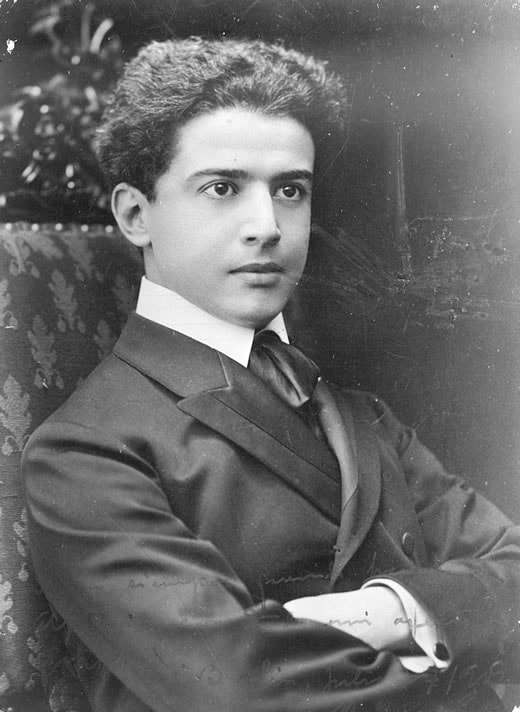 Manuel María Ponce Cuéllar
​(1882-1948)
Manuel María Ponce Cuéllar was a Mexican composer active in the 20th century. His work as a composer, music educator and scholar of Mexican music connected the concert scene with a mostly forgotten tradition of popular song and Mexican folklore. Many of his compositions are strongly influenced by the harmonies and form of traditional songs. Estrellita is Ponce’s best known work and an excellent example of this.  Ponce wrote music for solo instruments, chamber ensembles, and orchestra. His piano and guitar works outnumber those dedicated to other solo instruments within the set of pieces we know. Ponce's guitar music is a core part of the instrument’s repertory, the best-known works being Variations and Fugue on ‘La Folia’ (1929) and Sonatina meridional (1939).  It was Ponce who anonymously created the striking arrangement for guitar of J.S. Bach’s Prelude from the first cello suite as performed and recorded by Segovia.

Sonata a dúo for violin and viola draws heavily on the influence of J.S. Bach, run through an early 20th century Mexican lens.  Written in 1938, the musical form is grounded in traditional older European compositional techniques, while harmonies and rhythms of Mexico are evident throughout.  It is in 3 movements: Allegro (Quick), Andante espressivo (Expressive medium tempo), Allegro (Quick). 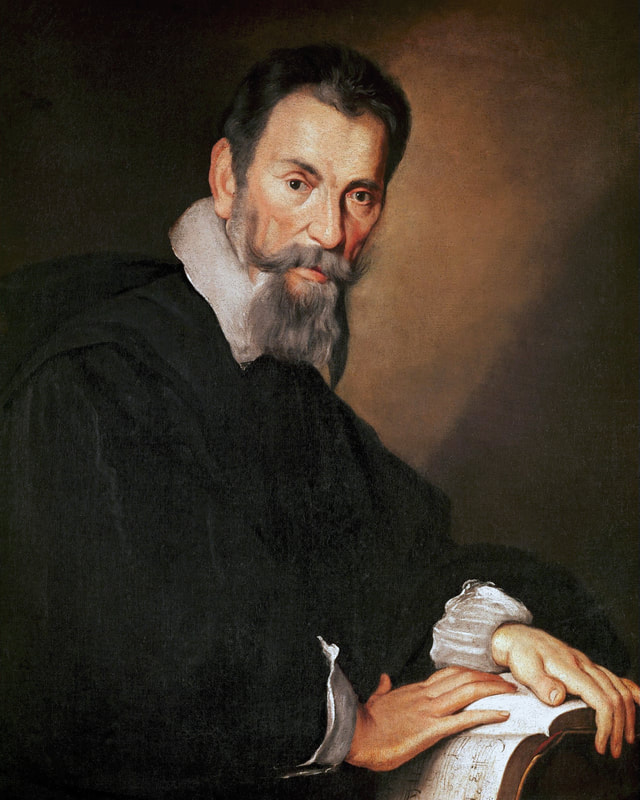 Claudio Monteverdi
​(1567-1643)
Claudio Giovanni Antonio Monteverdi was an Italian composer, string player (due to translation issues it was either gamba or viola — so let’s just say viola!), and choirmaster.  Mr. Monteverdi composed both sacred and secular music, is considered a pioneer in the development of the opera and the symphony orchestra, and is — like Ludwig van Beethoven was for Classical and Romantic eras — a crucial transitional composer between the Renaissance and Baroque eras. Although he was nearly completely forgotten during the 18th and 19th centuries, his surviving works were rediscovered during the 20th century. He is now firmly established both as a significant influence in European musical history and as a composer whose works are regularly performed and recorded.
​
The duet aria “Pur ti miro, pur ti godo”, sung by the characters Nero and Poppea, is one of the most romantic, beautiful, and unsettling (in the context of the overall story) moments in all of opera.  It comes at the very end of Claudio Monteverdi’s final opera, The Coronation of Poppea, written just months before the composer’s death at age 76.  This opera is the pinnacle of Mr. Monteverdi’s creative achievements, which were considerable regardless of his long life and compositional career.

The roles of Nero and Poppea are equal voices. Nero is normally sung by a countertenor, but occasionally performed by a female soprano.  The words are an expression of love and adoration sung by the voices alternating and overlapping sometimes with painfully exquisite passing dissonances.  In this arrangement for violin and viola as Poppea and Nero, we can achieve the same kind of disorienting blending effect.  Please no jokes about Nero fiddling... 😉 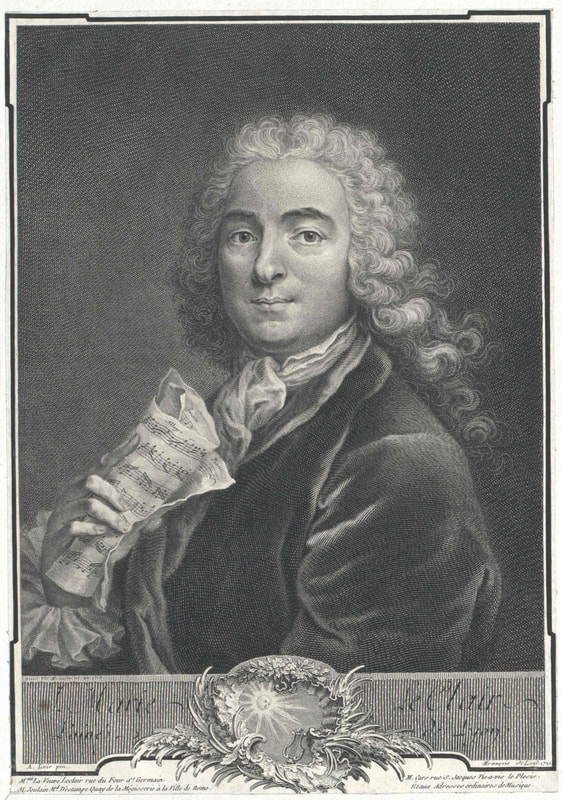 Jean-Marie LeClair
​(1697-1764)
Jean-Marie LeClair was a French violinist and composer of the Baroque era.  Mr. LeClair was renowned as a violinist and as a composer, successfully drawing upon all of Europe’s national styles and credited with having founded the French school of violin technique.  Of his considerable output, many suites, sonatas, and concertos survive along with an opera, while some vocal works, ballets, and other stage music are lost.  Maybe we’re just obsessed with true crime podcasts, but this strange report of LeClair’s death seems too intriguing to gloss over:  “In 1758, after the break-up of his second marriage, LeClair purchased a small house in a dangerous Parisian neighborhood in the northern part of Le Marais near the old Temple, where he was found stabbed to death on October 23, 1764.  Although the murder remains a mystery, there is a possibility that his ex-wife may have been behind it — her motive being financial gain — although the strongest suspicion rests on his nephew, Guillaume-François Vial.”  A very very cold case now.  Go forth and research! 🕵️‍♀️ 🔎

Trio Sonata Op. 2 No. 8 is a short 4 movement work for two high instruments and continuo.  You may commonly find it performed with flute, violin, and a combination of cello and harpsichord.  Here we present it on violin, viola, and harp.  The movements are Adagio (Slow), Allegro (Quick), Sarabande: Largo (Slow stately dance), Allegro assai (Very quick).