​August 13  |  10:30am
Saranac Lake Free Library
From the Song of Amergin
by Hilary Tann

Gently Through the Night
by Elizabeth Brown 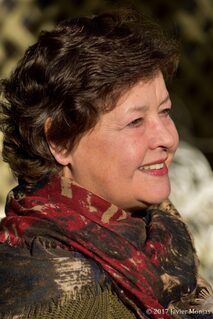 Hilary Tann
​(1947- )
Welsh-born composer, Hilary Tann, lives in the foothills of the Adirondack Mountains in Upstate New York where she is the John Howard Payne Professor of Music Emerita at Union College, Schenectady. Her compositions have been widely performed and recorded by ensembles such as the European Women’s Orchestra, Tenebrae, Lontano, Marsyas Trio, Thai Philharmonic, Royal Liverpool Philharmonic, and BBC National Orchestra of Wales. Composer-residencies include the 2011 Eastman School of Music Women in Music Festival, 2013 Women Composers Festival of Hartford, and 2015 Welsh Music Center. Praised for its lyricism and formal balance, her music is influenced by a strong identification with the natural world. She is a published haiku poet and a deep interest in the traditional music of Japan has led to private study of the shakuhachi and guest visits to Japan, Korea, and China. A recent review of her string quartet, And The Snow Did Lie, states “Tann’s music is shimmering and weightless, effective and moving … it reinforces the grounded spiritual ecstasy that is Tann’s distinctive musical outlook” (J. Dalton, Albany Times Union, 5/24/20).
​
From the Song of Amergin (1995) is in five sections, played without a break. Three lines from Robert Graves’ restoration of the text from an ancient Celtic calendar-alphabet, the “Song of Amergin”, directly inspired the piece: “I am a wind: on a deep lake, I am a tear: the sun lets fall, I am a hawk: above the cliff.” The three inner sections are shaped by the lines of the poem (the harp is featured in wind/lake, the viola in tear/sun, and the flute in hawk/cliff) and the piece begins and ends with an evocation of “I am.” – HT 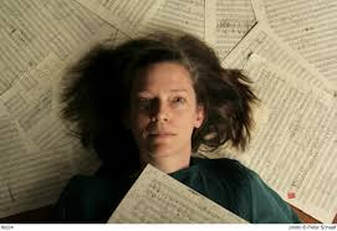 Elizabeth Brown
​(1953- )
Elizabeth Brown combines a composing career with an extremely diverse performing life, playing flute, shakuhachi, and theremin in a wide variety of musical circles. Her chamber music, shaped by this unique group of instruments and experiences, has been called luminous, dreamlike and hallucinatory.  A native of Alabama, Ms. Brown now lives and works in the Hudson Valley area of New York.  Her compositions have been commissioned and performed by major ensembles throughout the world.

In her own words: Gently Through the Night (2021), for flute viola, and harp, is loosely based on a dream about a boat made out of music (can’t really describe it, it was a dream!) making its way through the night world, with all its beauty, mystery, and fears. It’s dedicated to introverts everywhere. As a flutist myself, I’ve always loved Debussy’s trio for flute viola, and harp, which uses the fragile, quiet qualities of the instruments so beautifully.  I’m so grateful for the opportunity to write for Chimera! 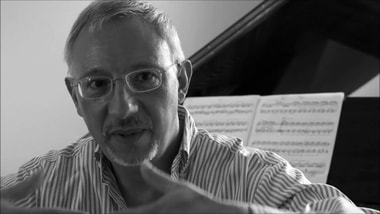 Miguel del Águila
​(1957- )
Miguel del Águila is an American composer born in Uruguay. In over 130 works that combine drama, driving rhythms and nostalgic nods to his South American roots, he has established himself among the most distinctive and highly regarded composers of his generation. His music has been hailed as “brilliant and witty” (New York Times), “sonically dazzling” (LATimes) and “expressive and dramatic” (American Record Guide).  His music has international appeal and presence with performances by over 100 orchestras, thousands of ensembles and more than 50 recordings.

Submerged (2013) was commissioned by Hat Trick and Brigham Young University. It is based on Alfonsina Storni’s romantic, surrealist poem “Yo en el fondo del mar” On the surface, both the poem and music seem innocent and light-hearted, but one feels differently when the author’s fascination with the sea, and her later suicide by drowning in it, are taken into consideration. The piece follows the form of the poem except for the lively introduction and a coda which illustrate the poet’s childhood near her native Argentine Andes, and in Switzerland. With six harp loud chords, the piece “falls” deep underwater: this slow middle section is mysterious, intimate and magical. It recreates the poem’s isolated submerged world where fish with flowers, octopus and sirens dance while birds chirp happily far above water. The harp uses unusual extended techniques, some stemming from Paraguayan harp playing. The viola adds a rhythmic edge by playing constant multiple stop pizzicati imitating a Charango. The flute is the Quena of the ensemble and it uses often extended techniques as well. “In my interpretation of Storni’s poem this underwater world is that special place of isolation where many artists withdraw to create, a place and mood that can easily turn into depression. A place that ultimately Alfonsina chose to remain and which became her death. In my Submerged, I continued the events of the poem and made the listener return to the real world above water. This return is triggered by the memories of her childhood played by the harp and viola as a music box Ländler which turns into a Vidalita, both music which Alfonsina would have heard in her childhood."

At the bottom of the sea
there  is a house
made of glass,
at the edge
of a coral-lined
road.
A big golden fish
comes to greet me
at five;
it brings me
a red bouquet
of coral as flowers.
I sleep on a bed
somewhat bluer
than the sea.
An octopus
now winks at me
through the glass.
In the green forest
that surrounds me
swaying mermaids sing
—ding, dong … ding, ding--
in their nacre and aquamarine.
And above my head
glow in the twilight
the prickling pins of the sea.